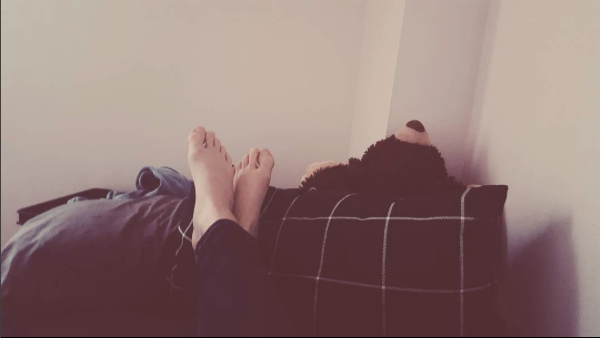 Our instincts aren’t always the same. The concept of “Fight or Flight” is pretty common, but it’s actually not the full story. True, most people either run or try to take on danger when it comes up. However, some bodies’ react by becoming paralyzed. A few people want to change the concept’s name to, “Fight, Flight, or Freeze”.  That’s why there are those few ‘idiotic’ people in thriller-apocalyptic disaster movies that just stand there when buildings are crashing down all alongside them. When it comes to these certain core reactions to danger, we don’t really have a lot of choice. If Godzilla really attacked, you probably wouldn’t be carefully deciding what to do. Luckily for us, most of our interactions aren’t controlled by instinct, but rather by a filter of thoughts.

The Myers-Briggs test is a popular personality test, and one of the items measured in a person is their tendency to be either a ‘feeler’ or a ‘thinker’. Feelers tend to value their emotions over logic, the feelings of others and themselves are a primary concern. Thinkers tend to value logic and reason over emotions, with reason as a primary concern over emotions. It’s a spectrum rather than a binary, so one ‘Thinker’ may value logic more than the other. This thinking/feeling spectrum basically describes how much logic is in the filter you process your emotions through.

Instincts are different, our filters are different, our behaviors and thoughts are all different from person to person. Yet we are all similar in that we operate using both emotions and reason. We are heavily biased to change our thoughts and justify our emotions rather than fit our emotions to logic. Living is hard. Existing takes a lot of effort. You can be a feeler or a thinker or something in between, but it’s important to remember that most situations are not fight or flight (or freeze). We aren’t animals, our instincts aren’t the be-all, end-all, nor are even our more common emotions. Our self-control gives us an incredible ability to fight instant gratification so that we can make our future better. Use it.